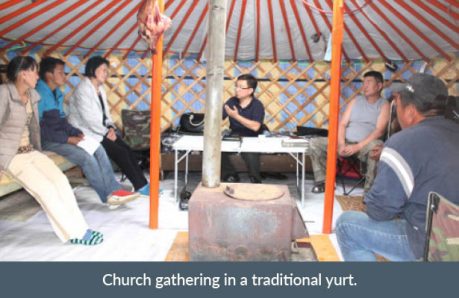 When Jesus spoke of going into all the world and making disciples of all nations, was he talking to each one of us? Or just to a select few?

Jesus invites us all to be part of the great commission, while only some are called to go. So how can the rest of us support the spread of the gospel message into places where Jesus is not yet known? We can pray for and financially give towards those on the front-line.  Our church planting project in rural Mongolia is an opportunity for you to fulfill the great commission from afar. Read more below about the need for local missionaries in this largely “un-reached” land. And consider whether you could sacrifice a little to help bring Jesus’ message of hope and truth to those who haven’t yet heard.

Where’s Christianity at in Mongolia? 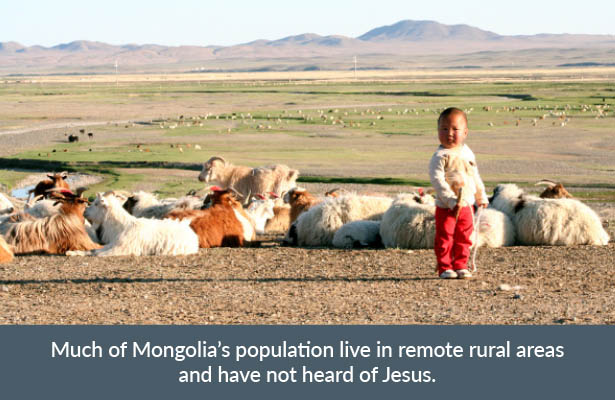 After a period of about 65 years of communist rule, Christian missionaries entered Mongolia in 1991 and estimated that only around four Christians existed in the entire population. They had their work cut out for them! Good thing their success didn’t rely entirely on their own efforts, but on the power and goodness of the gospel message and the Holy Spirit. Now, several decades later, there are around 70,000 Christians in Mongolia and Asian Outreach church planting activities are instrumental in growing this number further. The majority of Mongolian Christians live in the main cities, however much of Mongolia’s population live rurally and have not yet heard of Jesus. These are the people that we can reach with your help!

Asian Outreach Mongolia (Genesis) has accepted a request from churches in the capital city, Ulaanbaatar, to assist them with establishing churches in the geographically isolated counties of the Khangai Mountain area.

Our local Mongolian teams will travel at least six times per year to the counties of Khyjirt, Bat-Ulzii and Oyanga, which have a combined population of 23,000.  It’s thought there may be around 20 Christians living in these areas but they have no discipleship or pastoral care and no connection with other churches. Our team will focus on evangelising, discipling, developing leaders and establishing a house church network to keep believers actively involved in their communities.

This is a long term project expected to last three years. The aim is to create a network of home-churches that don’t require expensive buildings and paid staff. With this model the churches will be self-sustaining but also be well connected with other more established churches that can provide oversight and training when needed.