AO’s Agriculture and Livelihood program has been forming farmer support groups since the beginning of 2015. These groups provide training on sustainable and effective farming methods. Since January 2015, 32 beneficiaries have formed two farmer support groups, where farmers share access to new agricultural techniques and training to produce a better yield.

Majority of the farmers participating in the training program have noted positive results, which in the long term will provide better incomes for them and their families. In addition to learning farming techniques, the program emphasizes ways to reduce expenses, increase profits and producing marketing strategies to further increase profitability.

It’s about food security and the dignity of the ability to provide an income and support families! This affects all levels of a community. People don’t sell their children to child labour and prostitution when they have enough resources to feed, clothe and educate their kids. We believe it’s easier to teach, train and support a family before the damage is done. Lives truly are at risk—we’ve seen it firsthand. 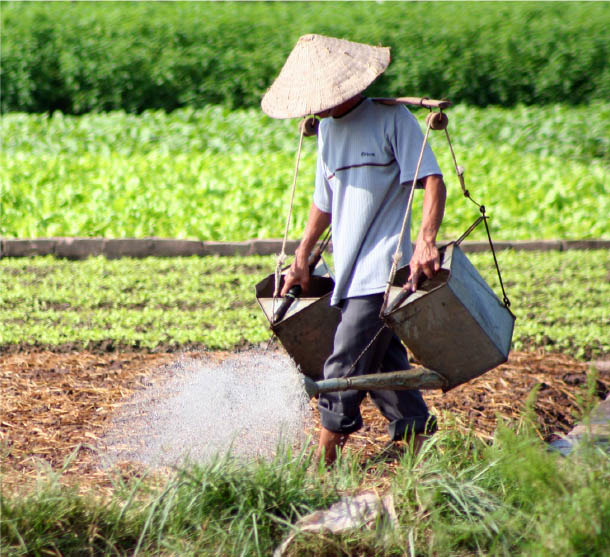 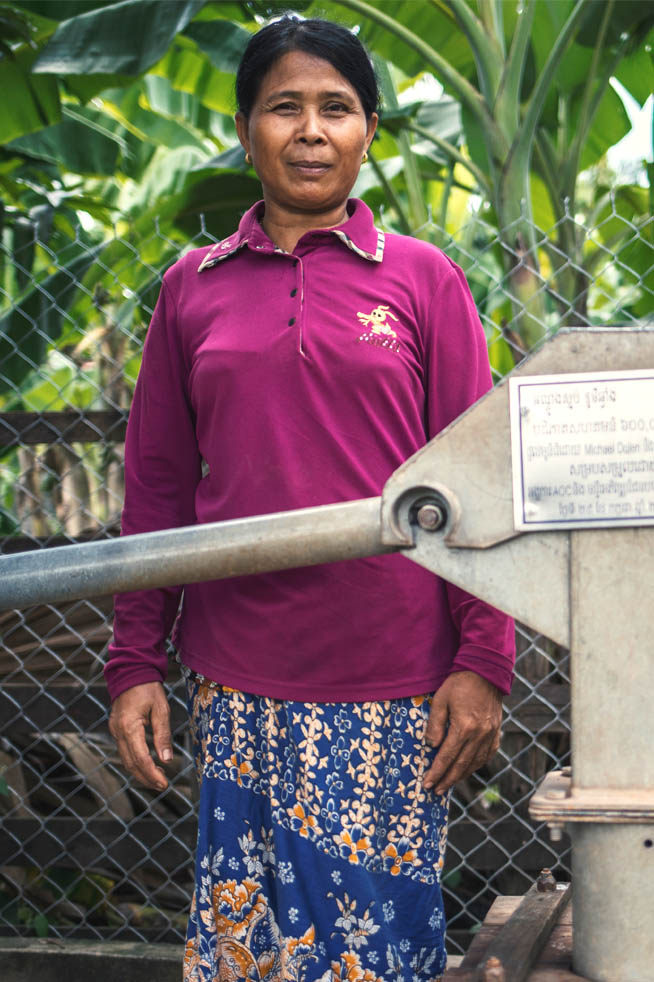 Mao Pakk, 43, lives in Prum village, Prey Veng Province.
Pakk is married to Sory Moeurn, 42 and they have three children, Mith, Mita and Sreymenh. The family has two hectares of rice fields and 40 x 100 meter block of land surrounding their house. The family’s livelihood depends on three tons per hectare of rice yield, but little money is earned from selling rice. Besides rice farming, Pakk also has several chickens and ducks that they use for food. In January 2014, she was selected to join AOC’s agriculture training program. She learnt all about up-to-date agricultural techniques, including integrated farming, chicken raising, pig raising, and natural fertilizer making and home gardening. After finishing the training she got a 300$USD loan from the project. She started gardening a small patch of land behind her house and has been growing vegetables such as morning glory, lemongrass, wax gourd, ivy gourd. She makes around $30USD a month profit from selling her vegetables to other villagers.

She also now has sixteen hens to raise and produce chickens, as well as growing and mixing her own chicken feed, using green vegetables from her garden. Now Pakk has 171 chickens and sells them to villagers most days and every four months she sells around twenty-five chickens at the market, which makes her a profit of $168USD. Her rice yield has also increased to 3.5 tons and she has reduced her chemical fertilizer expenditure by switching to natural fertilizer, which is also more natural and healthy too. Pakk told us, “I can now earn up to $2,070USD a year, $1,220 from selling chickens and vegetables and $850 from selling rice” She continued, “our family now doesn’t need to worry about sickness as much because we have organic vegetables from our garden and pure water from the Bio- Sand Filter. I really would like to say thank you to AOC for their help and training.”